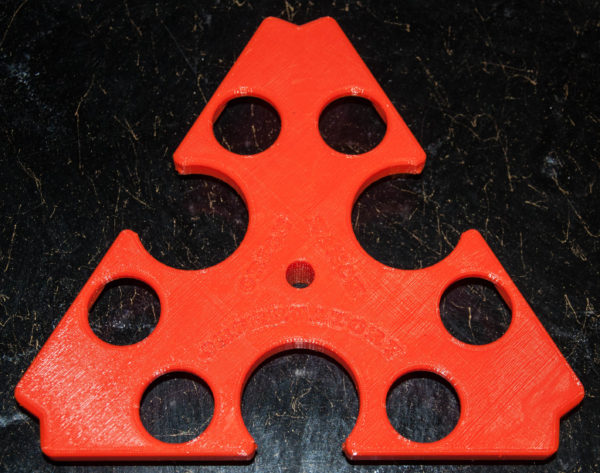 This triangular leg spreader for Celestron tripods with 1.5″ legs is compatible with the Celestron NexStar 8SE and other similar tripods.  The spreader contains holes for six 1.25″ eyepieces and three 2″ eyepieces.  The 2″ holes are slotted to allow the legs to close completely with the spreader still attached to the tripod.  Switching between the open and closed position is as simple as loosening the lock knob slightly and rotating the spreader.  The slots have small retaining “bumps” that allow the legs to snap in to the slots and be captured in the closed position.  The spreader is reinforced with large central ribs, while the lens holder portion has a reinforcing perimeter rib, making the entire part extremely rigid.  The spreader is available in a variety of colors and is printed to order.

Tripod, eyepieces, and other components not included!